Catan has been a smash hit since it’s release. There have also been some fantastic expansions released for the game that liven up the gameplay and make the whole game fresh again. With all the expansion options, it can be difficult to figure out which one to get.

Since Catan is a classic strategy game, most of these expansions add new mechanics or features that change the strategies you have to use in the base game. 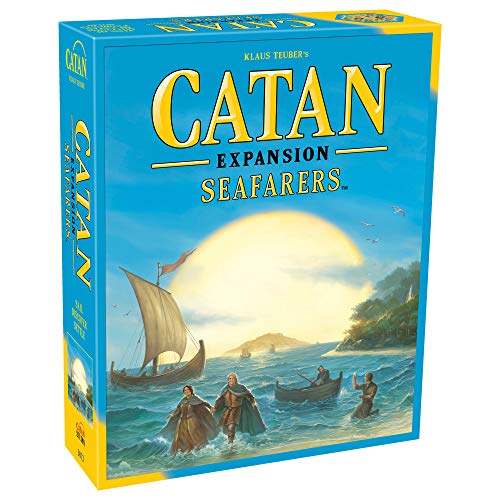 Catan Seafarers Board Game Expansion | Family Board Game | Board Game for Adults and Family |...
Buy on Amazon
Most Popular

Catan Seafarers Board Game Expansion | Family Board Game | Board Game for Adults and Family |...
Buy on Amazon

Here’s an example of what you’d need for a 5-6 player party for Catan: Cities & Knights:

Naturally, you will want to keep this in mind if you’re buying for a 5-6 person group.

To many Catan players, this is an essential expansion that is always used. The expansion breaks the map up into multiple islands and provides boats as a source of mobility for the players.

This expansion increases the size of the board and gives a feeling of space that the base game doesn’t have. It also comes with 9 scenarios that provide a foundation for you to create your own scenario.

Overall, this expansion is great bang for your buck and is reviewed overwhelmingly positive.

The core mechanic of this expansion replaces development card knights with physical knights. It also replaces and expands on other development cards with progress cards. To top it all off, knights have to fight off barbarians.

This expansion is actually rated slightly higher on Board Game Geek but is often recommended as the second expansion to get due to the less complex mechanics Seafarers adds.

If you have a group that play a lot of more complex board games this is the first expansion you should get.

This expansion is actually a set of 4 smaller variants and 5 scenarios. The variants can be used in any combination or you can use them all at the same time. However, scenarios can only be used one at a time.

Here’s a quick overview of each variant in this expansion:

The scenarios in this expansion range in complexity and can be played in an order to create a storyline. Altogether, this expansion uses small changes to give the game a different feel. It is good to grab if you’ve played a ton of Catan and are looking for something different. 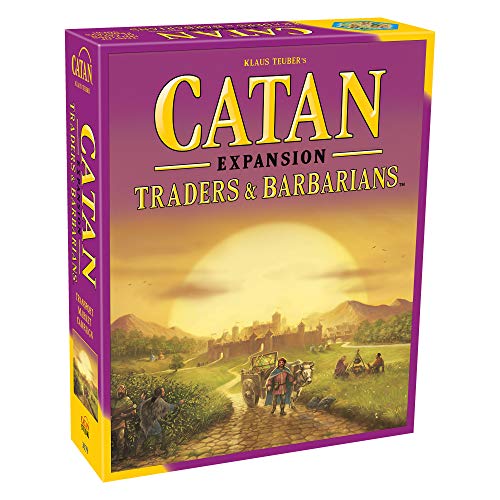 These variant rules are used in the 5 new scenarios the expansion introduces. Each of these scenarios have a different layout and can be used together. Although, the board can become pretty big using them all. 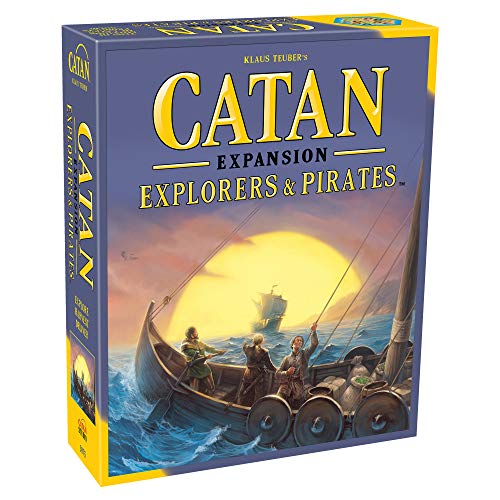 If you’re just looking for something that you can print off and play or just a rule variant to spice the game up a little, some of the official expansions will work this way. There are also unofficial expansions that work really well.

Here are some of the best expansions you can print off for free.

If you want something completely comprehensive, this is what you’ve been looking for. This includes the 5-6 player extension, 2 player variant, and the friendly robber from the Traders and Barbarians expansion. It also includes all the variants and expansions from the second edition of the game.

This is pretty much the best free expansion for Catan. Download it here

This variant is included in the Catan: Traders and Barbarians expansions. If you’re just looking to play with 2 people and don’t need all the other features of that expansions you can just download the rules for the 2 player variant.

This variant was made by the creator of Catan so you can be sure it is implemented well. Download it here

Carcassonne vs Catan: Which One Is Better?