Dominion was one of the first deckbuilding games to make it big. It’s sold over 2.5 million copies and continues to be one of the most widely played games out there. The publisher, Rio Grande Games, has taken this widespread popularity and made a massive amount of expansions to the game.

The game first released in 2008 and expansions have released every year since. There are 13 expansions with more on the horizon. Each expansion comes with a varying amount of cards: 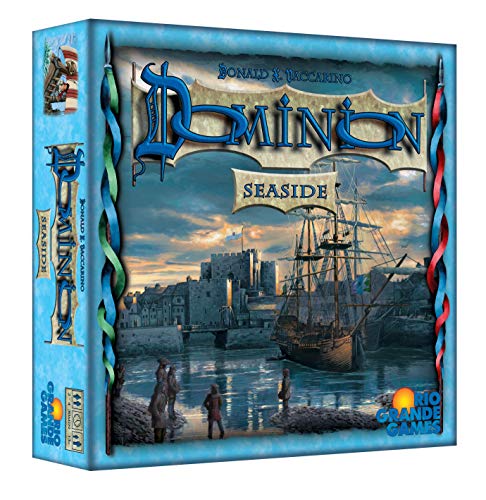 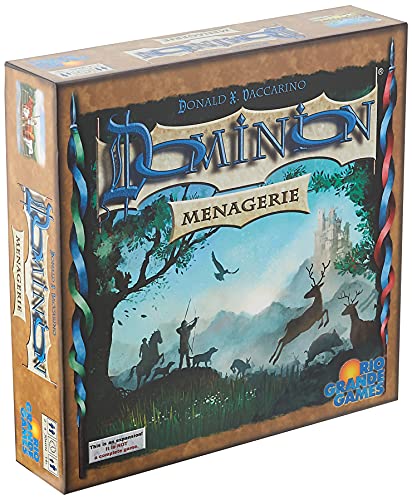 What Order Should I Buy Them?

We’ve ranked these expansions based on how well-liked they are by the Dominion Community. Each expansion brings something different to the table though, so an expansion that isn’t number 1 could be better for your group. So we would suggest reading up on each expansion before choosing one.

Expansions for Dominion typically include cards that either enhance the mechanics in the base game or add completely new mechanics. Each expansion has a theme that it is based around (money for the Prosperity expansion, night phase for Nocturne, etc.).

This is one of the largest expansions to Dominion, with 500 cards included in it. The expansions biggest feature is the new “night” phase added to the game. This phase gives you a chance to use some of the new cards right after the buying phase which switches the game up a lot.

On top of this, there are a few other additions in this expansion:

The new hexes and boons mechanic gives a little more randomness to the game, which some people like and others don’t. Since the original game relies on very little randomness, this is a pretty significant change.

Overall, this set provides the best experience for someone looking for a little more depth and interest than the main game offers. 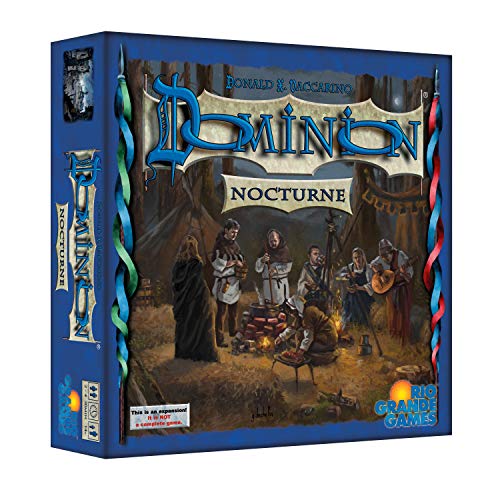 This expansions was released in 2015 and is one of the larger expansions. It includes 400 cards that mostly focus on the Duration card effects that were introduced in the Seaside expansion. The Duration cards were held pretty high by the tabletop community which is probably why the card type was brought back.

However, this expansion adds more than just Duration cards. Here are some of the other notable additions in the expansion:

All of these extra add-ons give a lot more depth than Seaside but also gives the Duration cards that made the past expansion so good. This is a solid choice for pretty much any type of player. 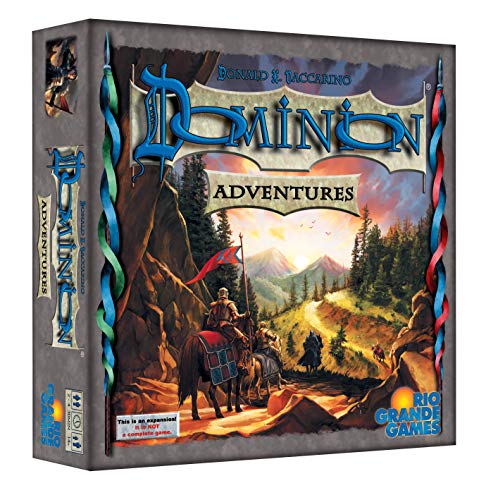 Landmarks add the most in this expansion. They add a lot of variety and randomness without making the game feel like it is completely based around luck. This is a great expansion if you’re looking to add some randomness to the game. 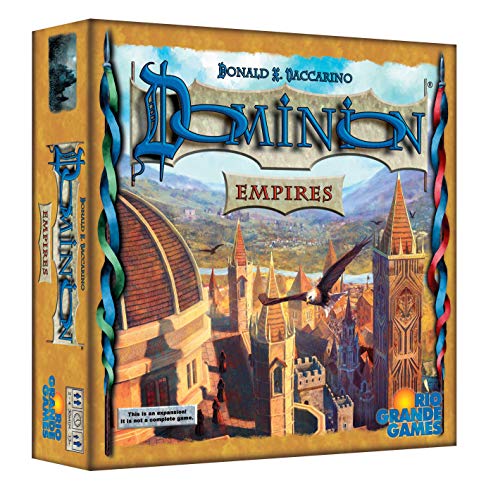 Renaissance can be simple compared to the other expansions but still adds some mechanics that improve the game:

Overall, this expansion can make the game feel a little easier which is good if you’re playing with people that have a hard time competing with the base game. However, it mixes the game up a lot for experienced players and all of the cards have been designed well. 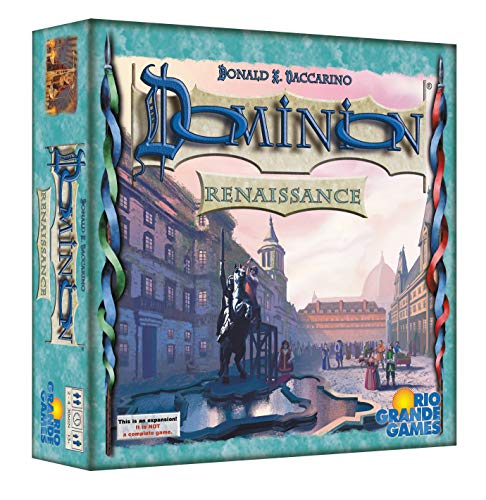 This is another huge expansion for the game with 500 cards included in it. The “Dark Ages” theme plays right into having to trash cards often and really developing the mechanic of trashing cards out in a way that the base game didn’t. The expansions gives the player a ton of ways to trash cards and several new things that cards can do when trashed or ways to get them out of the trashed pile.

On top of the trashing mechanic buff, there are a few other things this expansion adds:

Overall, this expansion adds a lot to the game. The focus on the trashing cards mechanic opens up some really interesting tactics. The other additions also make the game feel more “full” than the base game does, with a better version of curses and estates. 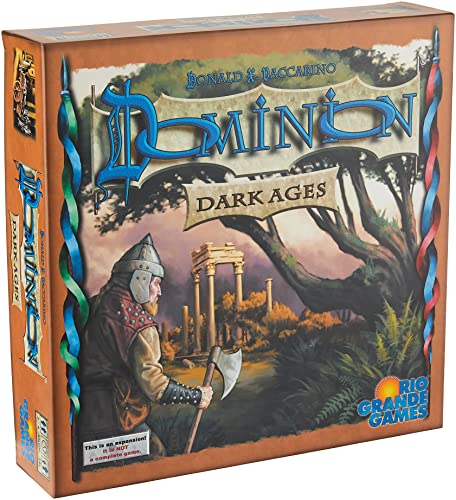 This is the most recent expansion for Dominion, releasing in 2020. It introduces a few different mechanics:

The theme of prosperity speaks for itself, money. This is the expansion for someone that likes to rack up some coin and roll over enemies with the capital they’ve acquired.

The expansion introduces a couple of Treasure cards, Platinum and Colony, that are higher than the value of Gold. It also adds some Treasures that have effects when played and some cards that cost more but have better effects. Finally, there are also some VP tokens introduced that will give you VP points without a card bogging down your deck.

This is a pretty fun expansion but some of the others add more interesting mechanics. I’d get this for someone that really enjoys some engine building. 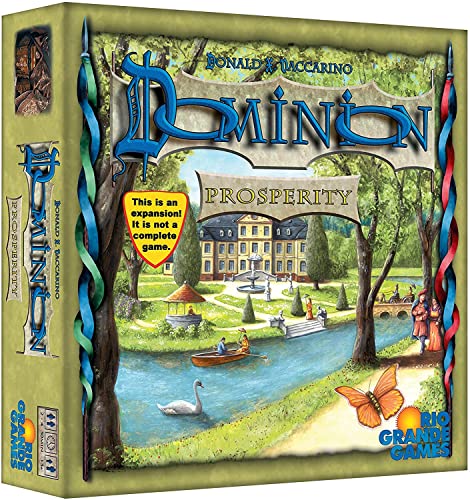 This was one of the earliest expansions released for Dominion and continues to be one of the most recommended. It is a good expansion but gets brought up often because it is the one that most people have, so the recommendations are skewed toward this expansion. Although, it’s certainly not a bad expansion.

The centerpiece of this expansions are the new duration cards. These cards have effects which do something in the turn you play them and the turn after they are played.  Even though this is the only new mechanic introduced with this expansion, it’s a solid one that changes the game up significantly.

These types of cards were eventually used again in the Adventures expansion.

This is the simplest expansion of the bunch. Cards that are added in this expansion give you choices of actions. It’s very easy to understand and there aren’t any rules to remember outside of the rules for the base game.

On top of this, the expansion adds some Victory cards that have abilities like actions and one that has Treasure value on it as well.

Overall, this is the best expansion if you don’t want to add too many rules to the base game. It also doesn’t add much depth to the game overall though. 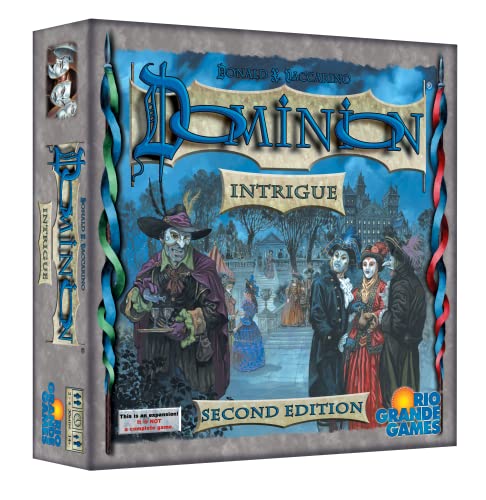 This is a pretty simple expansion which is great for people that really enjoy just using the mechanics in the base game. The expansion focuses on cards that have some effect when they are bought.

The new cards have a few different types: Reactions, Treasures, and Victory cards. There are 3 new cards of each type. There are also several cards that focus on burning through your deck without using every card which can be a great strategy in Dominion.

A solid, if basic, expansion that amps up the base gameplay without adding too much else. 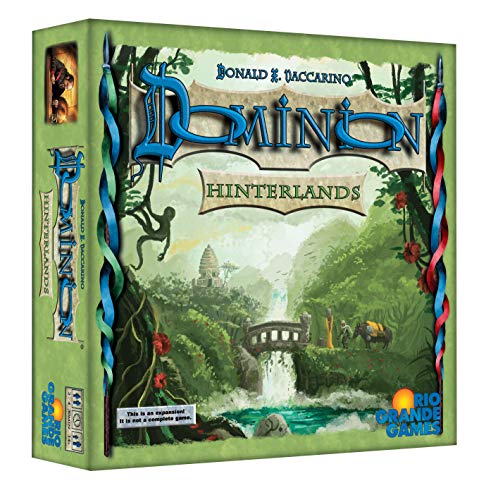 These two expansions were released two years apart but are now packaged together. Individually, both of them are some of the weaker expansions but there is a lot of value in this package with them combined!

Cornucopia is another very simple expansion. No rules are added at all. The cards that are added just look at how many different cards you have and do things based on that. It’s very simplistic but also adds little to the base game.

Guilds, on the other hand, adds Coffers tokens. These tokens allow you to spend a little more in the buy phase. Another change to the buy phase with this expansion are some cards that allow you to pay more than they are worth. Over-paying for cards has an effect when you buy the card.

Overall, these expansion are just okay by themselves. Together they are a pretty decent addition to the base game! 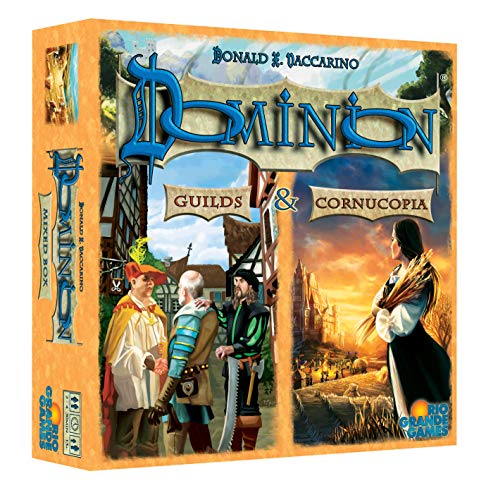 You can’t do Alchemy without potions. Potions are new cards that are added to this game which are a resource. You have to use potion cards to buy cards that have a potion symbol in the cost.

The expansion also adds some cool card chains which was added to make sure the potion cards were worth buying. However, this set is the least favorite among the Dominion community.

Some people are really into it though! So if adding a new cost and making long chains of actions is what you’re into, this is a great expansion to go for.

Among Us: A Board Game impostor

How to Play Gin Rummy (The Card Game) and Win