Ticket to Ride vs Catan: A Buying Guide

Photo by Dave Photoz on Unsplash
Spread the love

If you’re looking at choosing either Settlers of Catan or Ticket to Ride, this should help you figure out which one will be the best purchase for you. I own both games and love both of them. I’ll break down the similarities and differences between the game and explain what type of group works best for each of them.

Table could not be displayed.

Should You Buy Ticket to Ride or Catan?

Generally, people newer to board games have a hard time figuring out which one of these intro games is the best option. There are several things that these board games have in common that make them both great games. They are both euro-style games with strategic mechanics and very specific goals.

However, there are some key differences that make each of these games more suitable for one type of player or group. Let’s dive into their similarities and differences to see which one works best for you.

How are Catan and Ticket to Ride Similar?

These board games are similar in 3 ways:

The gameplay one really has one thing in common: some aspect of luck. In Ticket to Ride this comes in the form of the random cards drawn. In Catan, dice rolls provide the luck aspect. Beyond that, there isn’t much these games have in common.

Catan and Ticket to Ride are much different in terms of gameplay and this will be the main deciding factor for which will work best for your group. To begin with, these games have different structures for how they are played called “mechanics”. Here are the base mechanics for each game:

However, Ticket to Ride’s lack of player interaction can keep players from feeling like they were being attacked during the game which makes it a much milder game to play. This can be great for certain groups. The mechanics for Ticket to Ride also make it easier to learn than Catan.

Still not sure which gameplay works best for your group? There are great videos from the Tabletop series on both of them, so just watch them played! Check it out:

Both of these games can be replayed many times without losing novelty. In Catan, the board changes with each game, giving it a huge boost to replayability as each game can’t play out the same way.

Ticket to Ride doesn’t change the game at the same base level. However, you get different destination cards each time which changes what everyone’s goals are each game. The fact that you can change the number of destination cards you grab also adds another level of randomness as your group gets better at the game.

Of course, once you’ve played the game enough you may want to delve into the expansions to liven up the game. The expansions for each game differ pretty significantly. Catan has expansions that increase the player count and adds new mechanics.

In contrast, Ticket to Ride has one expansion that gives you destination cards. This game’s release strategy focused mostly on making variations of the game like Ticket to Ride Europe. Essentially you have different games rather than expansions for this game. They liven up the game just as much but do not rely on owning the base game in order to own them.

It’s worth looking into the alternative versions of Ticket to Ride before buying the base game to see if another version seems more fun to play. 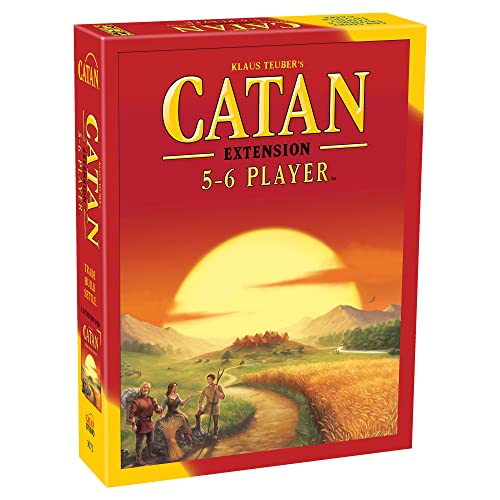 Ticket to Ride Europe Board Game | Family Board...
Buy on Amazon Affiliate Link

Ticket to Ride vs. Catan: Conclusion

If you are looking for a game to play that has less interaction, or where people can’t get upset at others for messing up their strategy, Ticket to Ride is the clear winner. Otherwise, Catan’s strategy and trading mechanics make it the more exciting game to play.

Ticket to Ride has a more relaxed feel while playing. You know what you will be able to do on your turn and there isn’t much in the game that will change that move. Alterantively, Catan has a more tense feel with tactics changing after each move.

Ticket to Ride is also easier to learn than Catan which can make a big difference if you’re the one in the group trying to teach everyone how to play. If this is your groups first game, an easier game to learn can go a long way. Your group will enjoy the game more and be more open to trying more difficult games later.

Ultimately, which game seems to be the most fun for the group you are playing with should be the one you go with. Both of these games are fantastic and you can’t go wrong either way!

D&D Feats: Everything You Need to Know